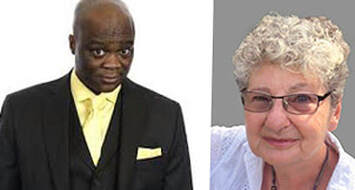 Harrow u3a (founded in May 1991) is part of the u3a, formerly known as the University of the Third Age. We are a registered charity (No. 1009872) and are also affiliated to the Harrow Voluntary and Community Sector (VCS) Forum.

Why a “University”?
Although the word 'University' no longer appears in the name, the idea persists and is used in its original sense of people coming together to share and pursue learning in all its forms. No academic qualifications are required or given. Please follow this link to read about the principles and vision of u3a.

Who teaches?
Those who teach are also those who learn. People from all walks of life have the opportunity to meet like-minded members to expand their knowledge, share interests or acquire new skills. Members with a lifetime of experience, expertise or know-how in professions, occupations or through hobbies are encouraged to form study or interest groups. A mutual interest in learning for fun leads to new friendships. You can check out what groups we have and their range of activities here.

Who can join?
Anyone who is not in full time employment. Virtually all study groups meet during the day, so any adult can join providing they have the available time. Click here to find out more information about membership of Harrow u3a.

Who runs Harrow u3a?
A Management Committee is elected annually from the membership. Activities are planned and undertaken according to the members' own wishes and resources. Committee members and individual members who run study group activities act on a purely voluntary and unpaid basis. It is on their willingness and services that the whole idea of u3a depends. Members are welcome to attend committee meetings, by prior arrangement with the Hon Secretary, you can contact the secretary here.

Where do groups meet?
Previously meetings were held either in members’ homes or in hired rooms, and we now also have a thriving Zoom community. At Harrow, we are very fortunate to be able to accommodate our larger groups and the arts and craft section in the Harrow Arts Centre. It is usually the small groups who meet in members’ homes. To find out where a specific group meets, please refer to our diary here.

Eddie Nestor (Radio London) interview with Lynne Dorff (Harrow u3a Hon. Secretary)
On the 19th May 2022, Lynne Dorff called into the Eddie Nestor programme on radio London. This is what Lynne said about the call:-

"As an avid listener to Radio London, I grabbed the opportunity to promote u3a when the topic for that day's broadcast was Learning in Older Age. The presenter, Eddie Nestor, was very interested in how u3a works, what it offers and who runs it. I was very happy to enlighten him on the benefits."

Please click on the following link to hear the discussion Lynne had with Eddie.


Do Something Brillant Today!
In this u3a film, members share the brilliant things they've done since joining u3a.
Are there other u3a groups?
The u3a is a worldwide organisation. There are now more than 1,000 local u3a groups throughout the UK, with a total membership of over 450,000. Harrow is one of the larger groups and its members have been influential in establishing the Greater London Forum of u3as, now named the London Region of u3as. More general information regarding the history and present day running of the National Office can be found by clicking on the following links.

About the National u3a

Principles and vision of u3a